How Is Big Data Changing Education? 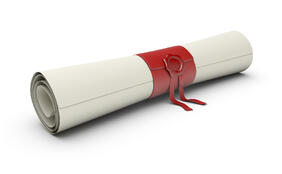 Well, it was bound to happen. After all, since we live in an age in which meeting the love of your life is now as likely to be accomplished by how accurately you've completed an online dating questionnaire as anything else, is it really surprising that the same principle has begun to be used to determine educational outcomes too?

Twenty years ago there were few people in the world who had ever heard of an algorithm. Today, not only are most people familiar with the term, odds are that nearly every advertisement and shopping suggestion they see online – or, even in their mailbox – has been selected just for them through the application of one.

Now, the same approach is increasingly guiding major decisions being made in schools and universities concerning everything from what classes to take, to the wisdom of choosing a particular major. Welcome to the arrival of big data on a campus near you.

Attention! You're Not Understanding This

Over the last twenty odd years, computers have increasingly widened their reach into every nook and cranny of the educational establishment. Whether it's reviewing teacher posted class notes online, or completing a pre-test review for that upcoming Spanish exam, students and teachers are continually clicking mouses to accomplish these tasks.

What has begun to change is our ability to gather the raw information generated by all of these clicks, and to leverage this big data stream to generate a statistical image which illustrates distinct trends, influences and indicators from which educators and administrators make life changing determinations for their students, and educational institutions.

The practicality of this phenomenon is indisputable. While monitoring a student's interaction with an online lesson, the data generated by millions of other similar experiences is able to translate the real-time responses now being generated to determine whether or not the material is being grasped, and if not, what direction to point one towards that will provide the best help. No more waiting for that weekly pop quiz. Students are now be getting one everyday – in every class.

Using big data in this manner has had mixed results. What it can do is take the statistical lessons of millions of other students, plug another student's current performance into a template created from crunching all that data, and let the student, and their counselors, see a picture of their likelihood for success in any area of academic interest based the relationship of the real time information being generated, and the lessons distilled from the previously accumulated big data.

This very method has already been used to point out to many students that their childhood dream of becoming a nuclear scientist is just not in the cards for them – and then direct them toward choices that big data generated conclusions indicate to be a better match.

Does it work? Well, universities employing this basic methodology have definitely moved many statistical indicators of success in the right direction over the last few years. Students are being retained at higher levels, and more are graduating. But it all seems a little too mechanical to some educators and administrators. Many feel that over reliance on big data determinants is producing technically proficient, but less than fulfilled graduates.

They worry that using big data too aggressively inhibits the intangibles of challenge and perseverance, traits that have sustained many through a difficult path to ultimate success and happiness. Perhaps one lesson to drawn thus far is that no one thing is the answer to anything. And that goes for big data too.