This article profiles the use of Oracle Data Integrator (ODI) from a high availability and fail-over perspective. Before doing this, let's see how ODI works from a single node installation point of view.

The ODI Console is a web application user interface (UI) that allows users to browse, manage and monitor the components of the repository.

The figure shown below (referenced from oracle documentation), describes a single node installation of an ODI application.

ODI agents process a load plan execution instance as a session and a separate java thread is created for the execution of each load plan/scenario.

When a scenario is executed on an agent:

The figure below (referenced from Oracle documentation), shows a two-node ODI cluster installation for load balancing, high availability and failover. 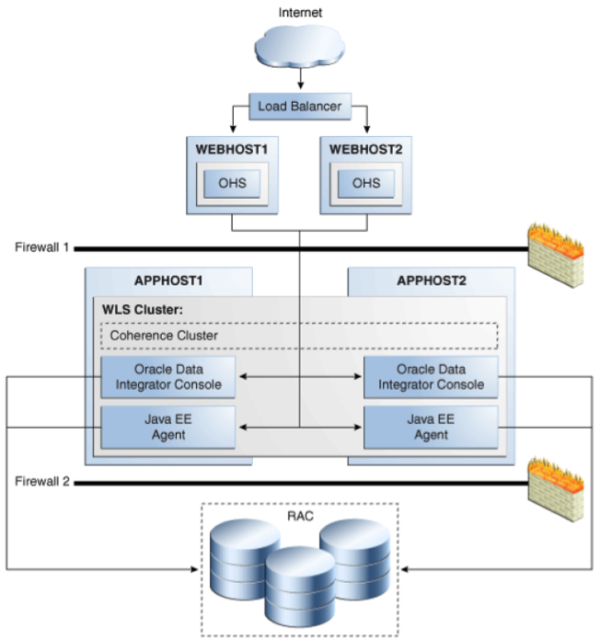 The main features of this setup are:

There are three possible instances that we can identify in case of failures.  This is where a high-availability configuration kicks in:

2. Install and Configure the first ODI Node (Application Node A)

3. Install and Configure the second ODI Node (Application Node B)

4. Install and configure the Oracle HTTP server on two other hosts (Web Node A and Web Node B)

5. Configure the load balancer  for round robin requests across the two HTTP servers and verify the ODI agent is running by using the following URL in a web browser: http://<load_balancer_host>:<port_configured>/<web_application_context>