Who Is KPI Partners? - We Transform Data Into Insight [Video] 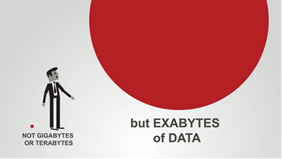 So, your global enterprise has collected some data...  How do you start to make sense of all this raw data?

As part of a recent award win, we were asked to generate a short video that could be used as part of the various award ceremonies.   The objective was to capture, in less than a minute, the essence of KPI Partners... basically an extended elevator pitch with cool visuals.

Our talented team created the following two new videos to build upon the one we created in 2011 for the same purpose.  One is a short version that was used during the award ceremonies, and the other is an extended version that is now being used in our marketing exhibits and on the web.  Which one do you like better?

The result is a fun video that helps the layman understand what people mean when the throw around buzz terms like "big data", "data silos", and "executve dashboards".  Enjoy...