The New York Police Department has developed what they are calling a hi-tech analytical dashboard tool that collects crime and event data around the city. This Domain Awareness System, known as “The Dashboard,” is helping the NYPD combat crime and terror on the streets. 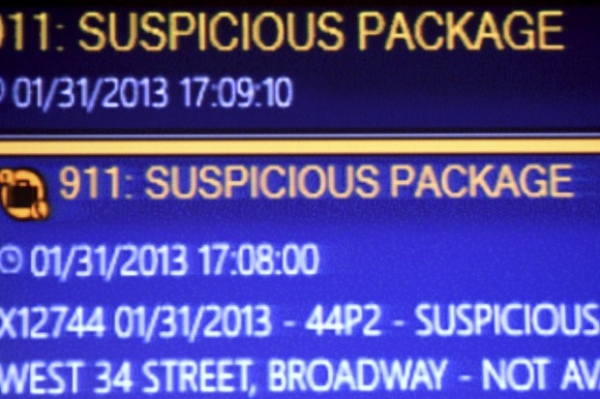 This dashboard tool immediately aggregates and analyzes data from:

It then gathers the data into a user-friendly, readable form in the control room. This system instantly shows officers an interactive map of the neighborhood and footage from nearby security cameras. In just one click, they have access to all of this information. Ultimately the goal is to eventually have this data be seen in real time by officers on laptops in their squad cars and on mobile devices.

"This is the kind of stuff you used to only see in movies," said analyst Rob Enderle of Enderle Group, a technology analysis firm. "Getting it to work in a way that police departments can use in real time is huge."

The department began to work on this project in 2009. Officers were involved throughout the process with the programmers, offering advice on what they need during an emergency.

Operators and analysts at the command center can use the system's graphical interface to quickly retrieve and correlate public safety, geospatial, chronological and other information that might be relevant to a specific alert.

For example, if criminal activity was discovered at a certain location, the NYPD will be able to use the Domain Awareness System to quickly retrieve archived video feeds and look back at the activity that had taken place. Not only can the NYPD track a suspect’s car in the city, but also establish where the vehicle might have been the preceding days, weeks, and even months.

"By coordinating our alerting system with vast amounts of data, the system allows us to connect the dots," NYC Police Commissioner Raymond Kelly said at the press conference.

The latest version has been quietly in use for about a year and is currently being used within the counter-terrorism bureau. Right now, it is used only in NYPD offices.

Updates are always in development, including a new version rolling out that will allow layering, so officers can map crimes on top of one another.

New York city has the potential to make quite a profit, as this Domain Awareness System will eventually be marketed to other police departments around the world.

There is not yet a scheduled time for when the dashboard will be rolled out to the entire 34,000-offficer department.