Chart of Accounts Hierarchy (COA) is a structure that is used to classify and group accounts for financial reporting purposes. All transactions can be done at the Account Level (lowest), and higher levels are for roll-ups for reporting purposes.

The diagram below shows a Chart of Accounts Hierarchy of Company X: 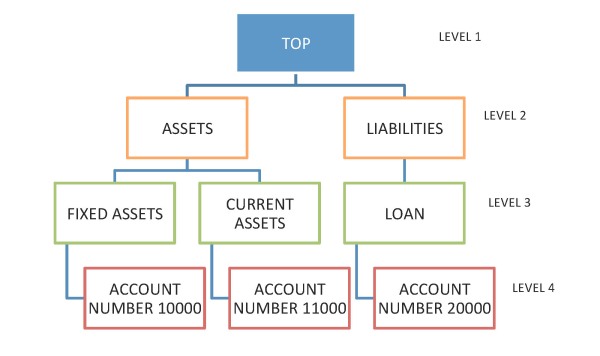 Within the 10g version of Oracle Business Intelligence (OBIEE 10g), Extract, Transfom and Load (ETL) does not support Ragged and Skipped Hierarchies for Chart of Accounts.

The underlying table, W_HIERARCHY_D, contains Chart of Accounts Hierarchies and other Hierarchies within. This table does not have data that represents Ragged and Skipped Hierarchies.

Following are examples of Ragged and Skipped Hierarchies:

The number of levels in all the branches of a hierarchy are not equal. All child nodes/lowest nodes are not at the same level, one or more of the nodes are in a higher level.

For example, the Asset Accounts has 4 Levels while Liabilities may have only 3 Levels. The child node Account number 20000 is at Level 4, and all other child nodes in Assets are in Level 5. 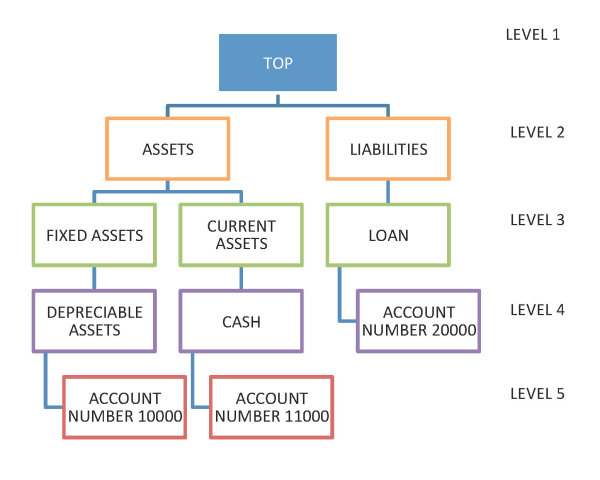 Ragged Hierarchies are rarely implemented in the Oracle E-Business Suite financial system and usually all Accounts in a company are at the same bottom level.

Example: Summary Account Liabilities is at Level 2, the Account 21000 is at Level 5 and Levels 3 and 4 are skipped. 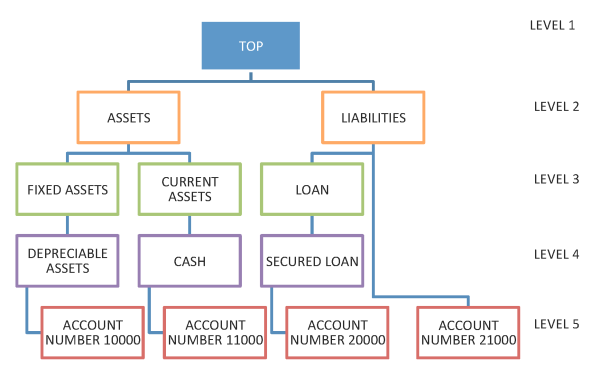 Oracle Business Applications have two options that allow you to build a Chart of Accounts (COA) Hierarchy: 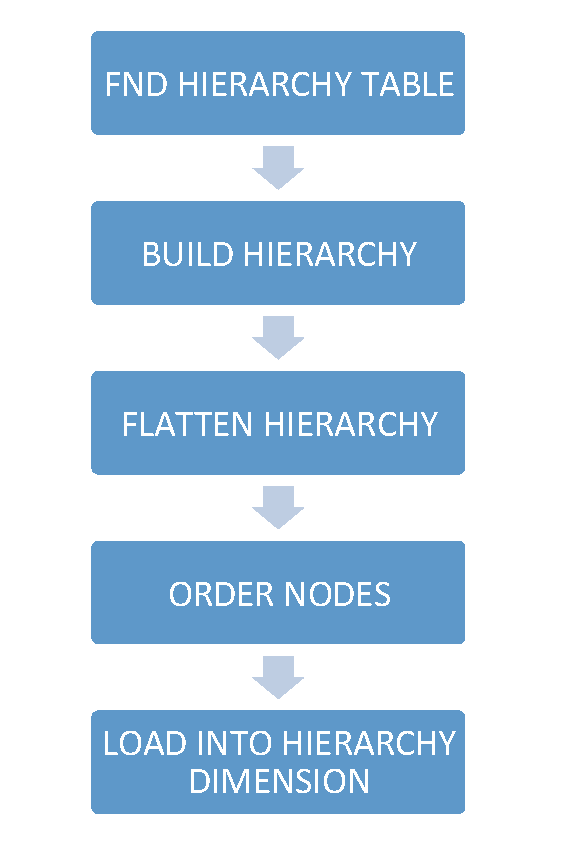 All child accounts are at Level 20 and the Skipped and Ragged Hierarches are not tracked. The child nodes are repeated in the dimension columns and filled in through Level 20.

As mentioned earlier, these are rare scenarios in Oracle E-Bussiness Suite Finance. In general, all Chart of Accounts child accounts are at the lowest level. In Oracle Business Intelligence Applications, all accounts are at Level 20.

The child nodes that are not at the lowest level are the Ragged Hierarchy nodes and there are no transactions on these accounts. Users are only interested in financial transactions so it is not useful to bring Ragged Rierarchy nodes into the Oracle Business Intelligence Data Warehouse.

All financial transactions are on the child accounts in the lowest level. These are important to be captured by Oracle Business Applications as they are currently being brought in and tracked in the Oracle Business Intelligence Data Warehouse.

The idea is to use the existing Business Intelligence, Extract, Transfom and Load flow to build hierarchies and to later update the hierarchy table with skipped levels using another flow. This is a two step process. 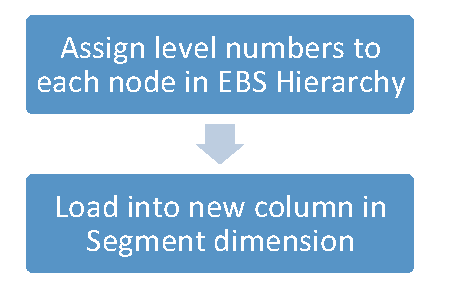 This is a crucial step where we need to assign and input level numbers to each Chart of Accounts Hierarchy node in the Oracle E-Business Suite Hierarchy. This can be a time consuming process, but only needs to be done once. 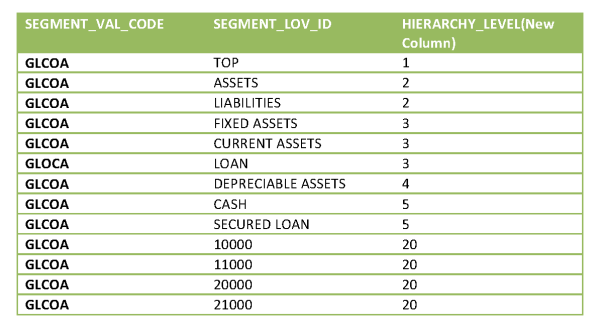 The level assigned to each node in the W_GL_SEGMENT_D table is shown above. Notice that I have assigned Level 5 to CASH and SECURED LOAN and Level 4 is skipped. 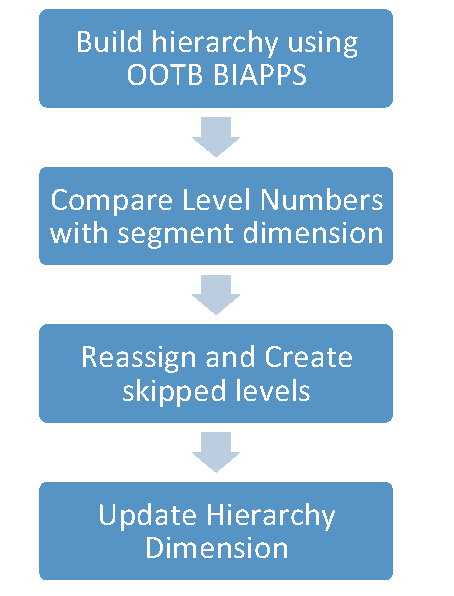 In Step 2 we use the Out-of-the-Box Business Intelligence Application,  Extract, Transform, and Load to build hierarchies and use the input from Hierarchy Levels to reassign and create skipped levels in the Hierarchy Dimension.

The data in W_HIERARCHY_D after applying the solution is show above. Please note that NULL values are inserted in HIER4 and CASH and SECURED LOAN are now in HIER5, as assigned in W_GL_SEGMENT_D. Now, the W_GL_SEGMENT_D table has data which represents skipped levels in Charts of Account. This table is used to model Skipped Hierarchies in OBIEE 11g.