How to Setup Dependencies between Load Plans in Oracle Data Integrator

ODI developers usually deal with load plans and mismanaged dependencies between multiple-load plans are typically a cause of data corruption in the system. An ideal Informatica warehouse implementation has multiple execution processes dependent on other execution processes which run automatically without any manual intervention. Here is how we can overcome this issue using the load plan dependency feature of ODI.

We need to schedule the two load plans for execution one after the other. And the second load plan has components (tables to be loaded) which are derived based on the first load plan execution.

Setting up Load Plan 2 to run in a sequential manner right after the completion of Load Plan 1 will help overcome the issue. In ODI, we can implement it using an inbuilt Oracle component in the Package Toolbox. Let’s dive into implementing Load Plan dependencies between the two different load plans. 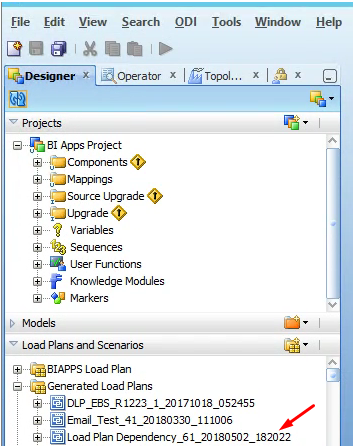 “DLP_EBS_R1223” load plan (Load Plan 2) shown above needs to be run right after “Load Plan Dependency” load plan (Load Plan 1) execution is completed. This should be done immediately rather than monitoring the load plan, waiting for it to complete and kicking off the next load plan manually. As we need to set the dependency between the two load plans, we will follow the steps as shown in the example below. This example is based on an OBIA environment and can be implemented in standalone ODI as well. 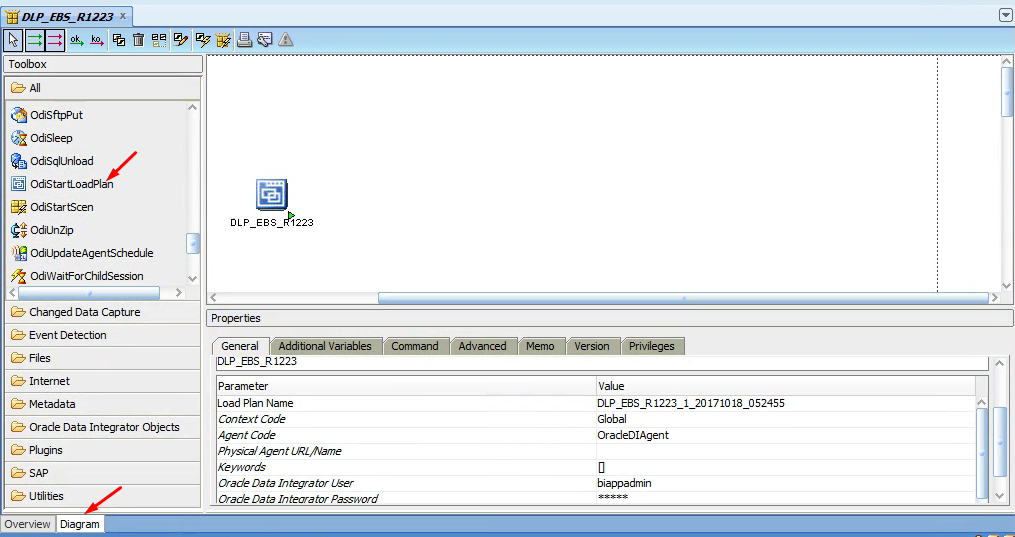 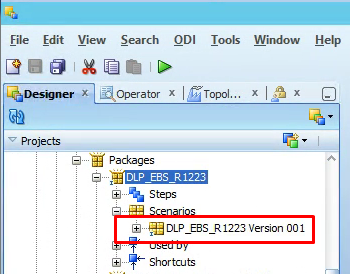 Drag and drop the DLP_EBS_R1223 scenario as the final step as shown below and save it:

As we finish setting up the dependency between the Load Plans, once the Load Plan Dependency” reaches the last step, DLP_EBS_R1223 is initiated automatically and the load plan execution begins.

Navigate to the Operator tab and check for the run status of the execution process as shown below:

We hope that this blog post has helped you understand how to setup dependencies between Load Plans in ODI. This will help prevent data discrepancy between the dependent tables present in the load plans. Migrating this to a new environment is similar to individual mappings in any OBIA project. If you have to customize the underlying objects/any reordering of the objects in the dependent load plan, make sure to update the schedule which ensures that the latest code is picked as part of the scheduling process.