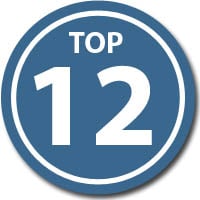 Lets take a look at the most read Oracle Business Intelligence articles of 2012...

Linear regression is a statistical technique for drawing a line through a set of data points that “best fits” the data. It is a useful and standard technique for quantifying trends. Read More >>

Stephen Few designed the Bullet Graph as a way to display measurements vs. goals or other benchmarks. The screen shot shows bullet charts in the column “MTD & Proj Comp MAgo” (Month to Date and Projected Expense Compared to Month Ago).  Read More >>

April: 'What To Do When OBIEE Fact Tables Do Not Join to All Dimension Tables?'

When I read the questions people ask about data modeling on OBIEE forums, one that seems to come up frequently is what to do when you have fact tables that do not join to all dimension tables.  Read More >>

May: 'Fact Based Partitioning in OBIEE'

Row level security (constraining a user’s view of the data to rows which meet pre-defined criteria) is a common requirement in OBIEE. This post will explore this topic, using a simple schema with a single fact table and three dimension tables, built around the theme of retail sales. Read More >>

August: 'What is Big Data?'

There is an apocryphal story about a nuclear scientist at the Los Alamos proving grounds in the late 1940s. When informed that the Soviet Union had sent spies to infiltrate the complex and steal the secrets of the atomic bomb, he replied that the U.S. should give the Soviet Union all the data on those first atomic bomb tests. His reasoning was, of course, that the Soviets would take years to get through the data regardless what their spies told them and thus not actually build a bomb for many more years. Read More >>

Suppose you have a series of datetime pairs in Oracle BI... The problem is to display the differences between DATE1 and DATE2 in days, hours, minutes, and seconds. Read More >>

When Oracle chose to enter an acquisition agreement with Endeca back in October of 2011, most industry experts agreed that this deal would further help to enhance the BI capabilities of Oracle. However, no one could have predicted the impact the deal has made roughly one year later. Oracle made its claim in the BI industry with its implementation of OBIEE or Oracle Business Intelligence Suite Enterprise Edition. OBIEE helped to cause a dramatic shift over to self-service Business Intelligence. With Endeca now on board, Oracle is rapidly transforming what was once considered classic BI usage and bringing on new types of unstructured data, with factors such as text files and management of social media. Read More >>

December: 'Oracle Exalytics: Is It A Must-Have for BI?'

Oracle Exalytics was recently launched at Oracle's Open World Event, which was held during October in San Francisco. Despite the numerous of claims of product excellence and testimonies from former clients, guests at the event were largely left wondering about the $100,000+ product.  Since the product was largely unseen, it leaves many clients asking is Oracle's newest BI innovation, the self-described "BI Machine" an absolute necessity?  Read More >>